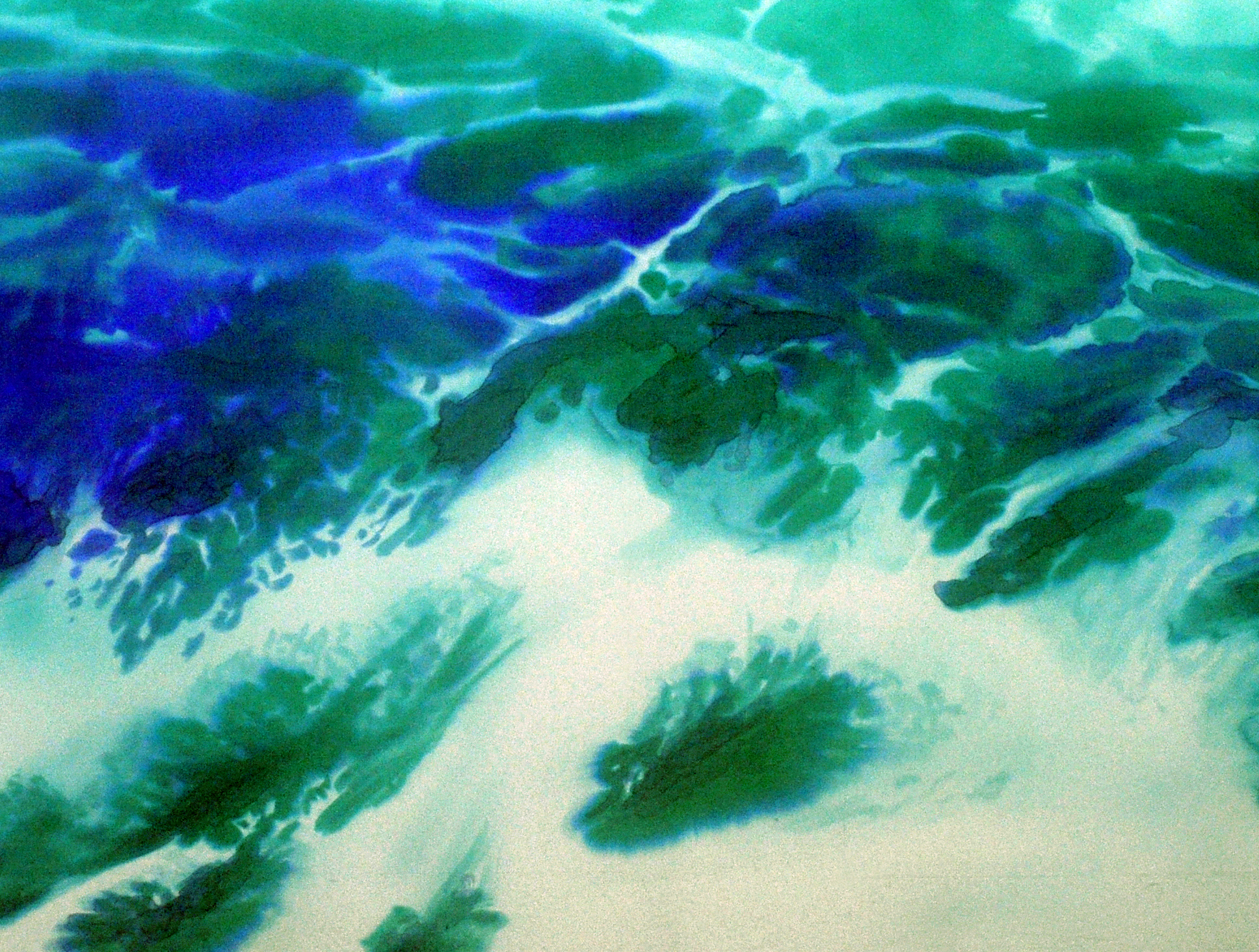 Jérémie Paul is like a mediator of worlds, working on what is in between. Between sea and land, sacred and profane, animal and human, masculine and feminine, between the same and the other, there is a proliferation of unpredictable spaces that are explored by Jérémie Paul. Jérémie Paul does not like exoticism: this attempts to separate here and there, which has always merged.

Like an itinerant Ulysses, Jérémie Paul has worked with several artistic genres: expressionism; surrealism; pop art; satirical drawings; cartoons; icons from several civilisations. Various techniques such as installation, china, engraving, painting and drawing are part of his repartee. However the colour saturation of the lagoon and the fluidity of the islands are mainly from pastels and ink on silk. Whenever Jérémie Paul stops on his journey between styles, cultures, techniques and worlds, he will only retain something if it enables him to construct a poetic space as unexpected as an encounter between a watermelon and a hippopotamus, a condor and a cap.

The growing hybrids of cultures and of their images, devouring, cultural integration, survival and extinction, the spectacular syncretism of peoples, of their divinities and their languages at times provoke these moments of unprecedented grace, for which the artist is on the lookout. He is on the lookout for freak weather like the intense calm following hurricane Hugo in Guadeloupe.
From Haiti, Jérémie Paul retains the figure of Erzulie, between a Madonna and voodoo.
From Mexico, where he has stayed on a number of occasions, the incandescent red wool used by upholsterers in the mountains who lend their expertise to weave a rug featuring Erzulie, and whose point terminates in a drop of blood.
From Japan, Hokusai’s universal wave, from Hinduism the imperceptible deity Vayu, pop culture from the USA, Andy Warhol’s tins of soup, substituted by just as facetious slices of cake that form like display screens, the Clippers basketball heroes and the black star from Star Wars, lastly the infamous ‘yes we can’ adapted by a transgender Mickey.
From China, he uses silk with multiple sheens and textures. Crepe, pongee and other silky variations provide undulating drops that accommodate a constantly evolving wave that the artist paints using traditional techniques.

In this whispering flow of images and forms, a new continent appears, a continent from the end of the old worlds engulfed by the maelstrom of globalisation. A continent made from islands and passages between the reefs. Jérémie Paul’s art is an archipelago.