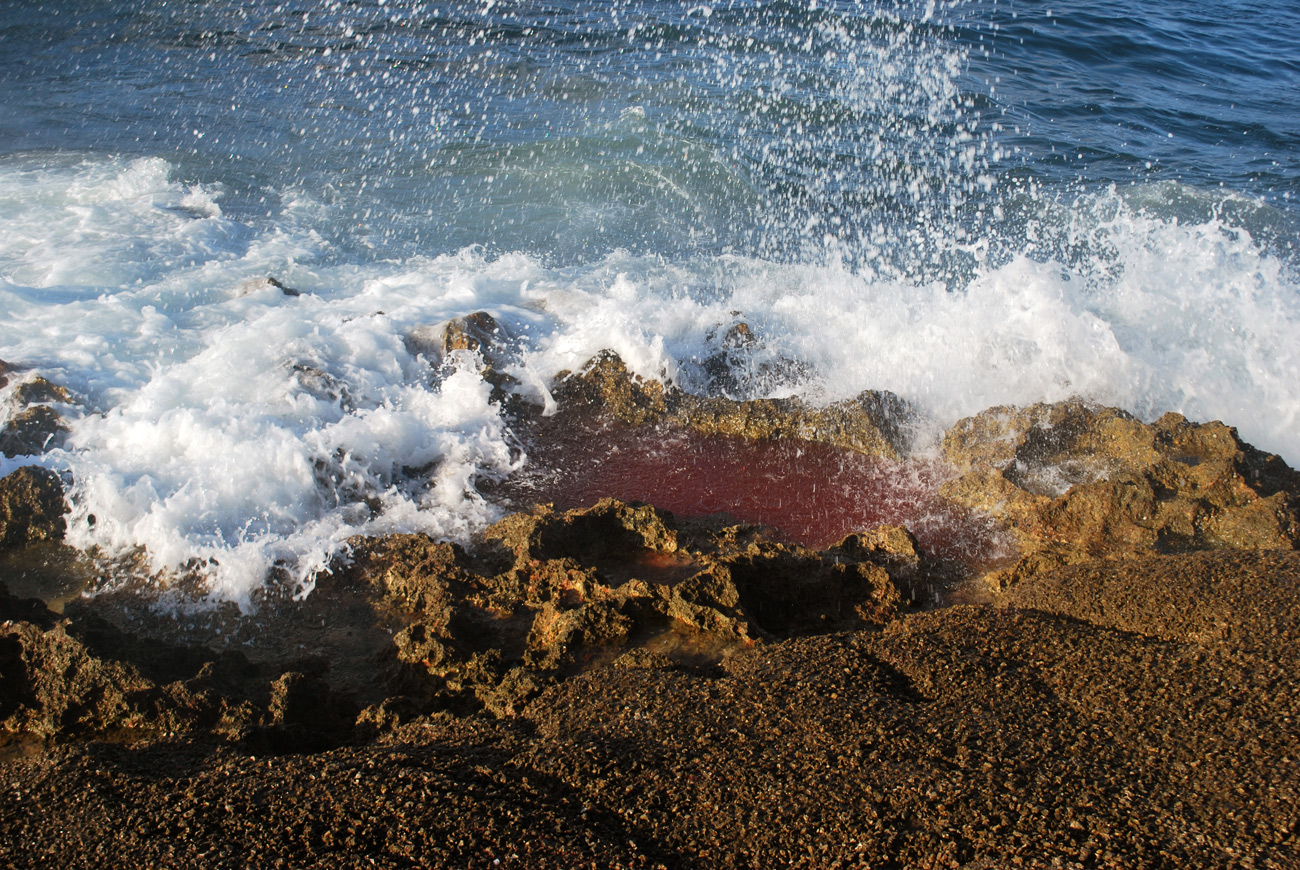 Years ago, Barbara1 captured our imaginations with this enchanting image of French romanticism: le soleil noir, or black sun2, a kind of extinguished star that turns weakness into strength. Yet more than a poetic evocation, this image speaks of ambiguity. In the shadows and torment hides the light of our sublimated humanity; it is in this sense that I wish to illustrate this tale. Carlos Martiel’s troubling photograph of a silent pool of blood that resists storms inlayed in the rock pool of a Caribbean beach is its irrefutable image.

The exhibition seeks to evoke this ambiguous relation of a body that suffers, that self-immolates to rid itself of its guilt, yet at the same time is reinforced by pain, or even its own darkness. What is evoked here is a psychological suffering and dark thoughts hidden behind the images of apparent happiness.

The darkness of Paradise evokes three non-normative lives, perhaps three lives in three queer bodies, if one wishes to see it like that, but another way of being queer. Here, it is not about that «reappropriation» of an insult as the basis of «gay culture». This is a counter-narrative that escapes the pink washing3 that has swamped contemporary advertising. Without being fatalistic, this counter-narrative erases the muscles, the glitter, the never-ending, eccentric party spirit that conjures intemporal bucolic bodies that have grown up by the sea and whose life discipline is to channel violence by sublimating it. For «the other queers», the real battle is not that festive parade which takes place in some capitals. In each of these «body-artwork» are intimate struggles with normality and a struggle for our most radical and poetic insurrection: to exist.

Born in Havana, Carlos Martiel explores a body that resists military power and the Caribbean’s longest communist dictatorship, there where a few decades ago, homosexuals were interned in concentration camps, and there where today, the surest way to fill one’s belly is to offer one’s charms on the Malecon. Floryan Varennes, who grew up at La Rochelle, works on the idea of an absent body, evoking a disciplined medieval body that evolves between battles and alchemy, where androgyny is idealized and protected inside transparent armour. His sculptures modelled like sci-fi skins mark a timeless space between history and today’s biomedical preoccupations. From Réunion, Abel Techer draws a hybrid body that goes beyond the human to become a sacred animal, evoking a sacrificial being rebuilt into a machinery of transmutation and pleasure to fill a specific role in the island’s imagination: being an object, at the service of the most secret fetishes.

The exhibition begins with a lavender sea that exorcises these evocations of violence before Carlos Martiel’s photograph Lazos de sangre, which turns the sea into a place of pain, and Abel’s mechanized tropical landscapes. More than a metaphor of the marginality of bodies, each of these works is an evocation of human complexity in its broadest spectrum. Sublime and precise like glass weapons, these works seek the absolute in the shadows without adopting the posture of victim before heteronormative society. But, as was mentioned at the outset, this project does not claim to be a rainbow flag4; its finality is to highlight dynamics reduced to silence. Each artist generates a meditation on the human condition, on art and transcendence as a unique narrative thread to nuance this iridescent paradise.

(1) Born in 1930, Monique Andrée Serf, aka Barbara, marked French music with her poetic and passionate works.

(4) Pink washing signifies the mercantile procedure used by States, organizations, political parties, or companies to give themselves a progressive image committed to LGBT rights.

(5) Created by Gilbert Baker in 1978, the rainbow flag represents all LGBTQ+ people and originally contained 8 stripes, including pink, turquoise, and indigo.