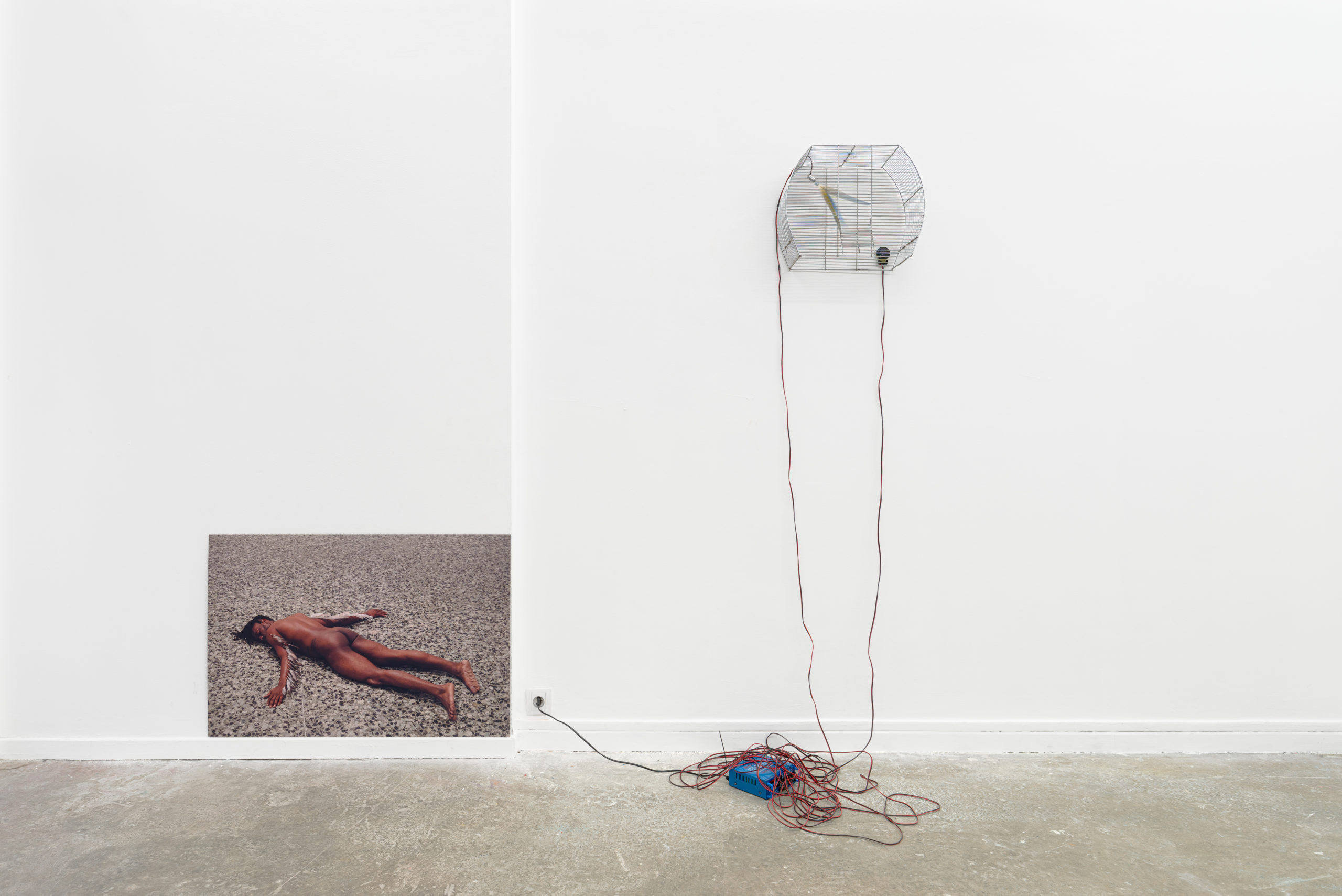 A frail woman runs, desperately trying to escape the army tank advancing towards her. We cannot flee the unbearable; it persecutes us, it is our shadow. This disturbing moment is the work of Regina José Galindo. She confronts us with our most intimate relationship to power, as she does herself, the artist, seeking to free herself from cruelty to carve out a space of freedom. That is the image that this exhibition seeks to forge.

Please Leave This World brings together a series of works in which artists react with certitude to immobility. With the same logic as a T.A.Z1, some are furtive actions, insurrections, which appear and immediately disappear so as not to be identified. Like a crystal knife – transparent, radical and fragile – these works have the ability to break the horror of our societies and to remind us that another condition is imaginable.

But in some cases, the door to the prison may also open. Imagine being in the place of an immigrant unable to get a job because your face is registered in an online database of criminals, even when your crime is as futile as a social media publication. Obscurity is a hybrid project, midway between art and social justice. In it, artist Paolo Cirio uses an algorithm to interact with 15 000 000 criminal records of people arrested in the United States and registered on six “mugshot websites”. This artist-hacker manages to violate the security of these sites, which extort money from those who wish “to erase their trace” from the photographic archives of the American judiciary system. A post-photographic act that reformulates the traditional anthropometric portrait.

Many of these artists might be qualified as utopian or as criminals who cross a dangerous line, sometimes vis-à-vis official power, sometimes vis-à-vis the art circuit itself. In Rosemberg Sandoval’s famous performance Mugre, the artist carried a homeless man over his shoulder right into a gallery to literally paint the white cube with the filth of a body invisibilized by society. The performance and experimental poetry collective the Gang (Porn Art Movement), which from 1980 à 1982 carried out aesthetic guerilla actions in the streets of Rio de Janeiro, succeeded in shaking the power of the Brazilian military dictatorship by teaching heteronormative thought and orthodox art a lesson.
It would be a fantasy to think that art can really change the inflection that the human species is taking due to its excessive ambition and its power games in which there are more and more marginalized bodies. But yes, art truly does heal. It can be useful for living in this world rather than crossing a line and taking the decision to leave this wretched life.

Please Leave This World is an attempt at escape, like the story of the tormented junkie looking out window on a fine sunny day. The scene poses the question: what to do ? Should he stay in his place, find a fine costume to cover his wounds and wait for a natural death… or sew feathers on his body and throw himself into the void, as Carlos Martiel evokes, knowing he does not have wings, but that what will remain will be his most infinite and most fragile reality.