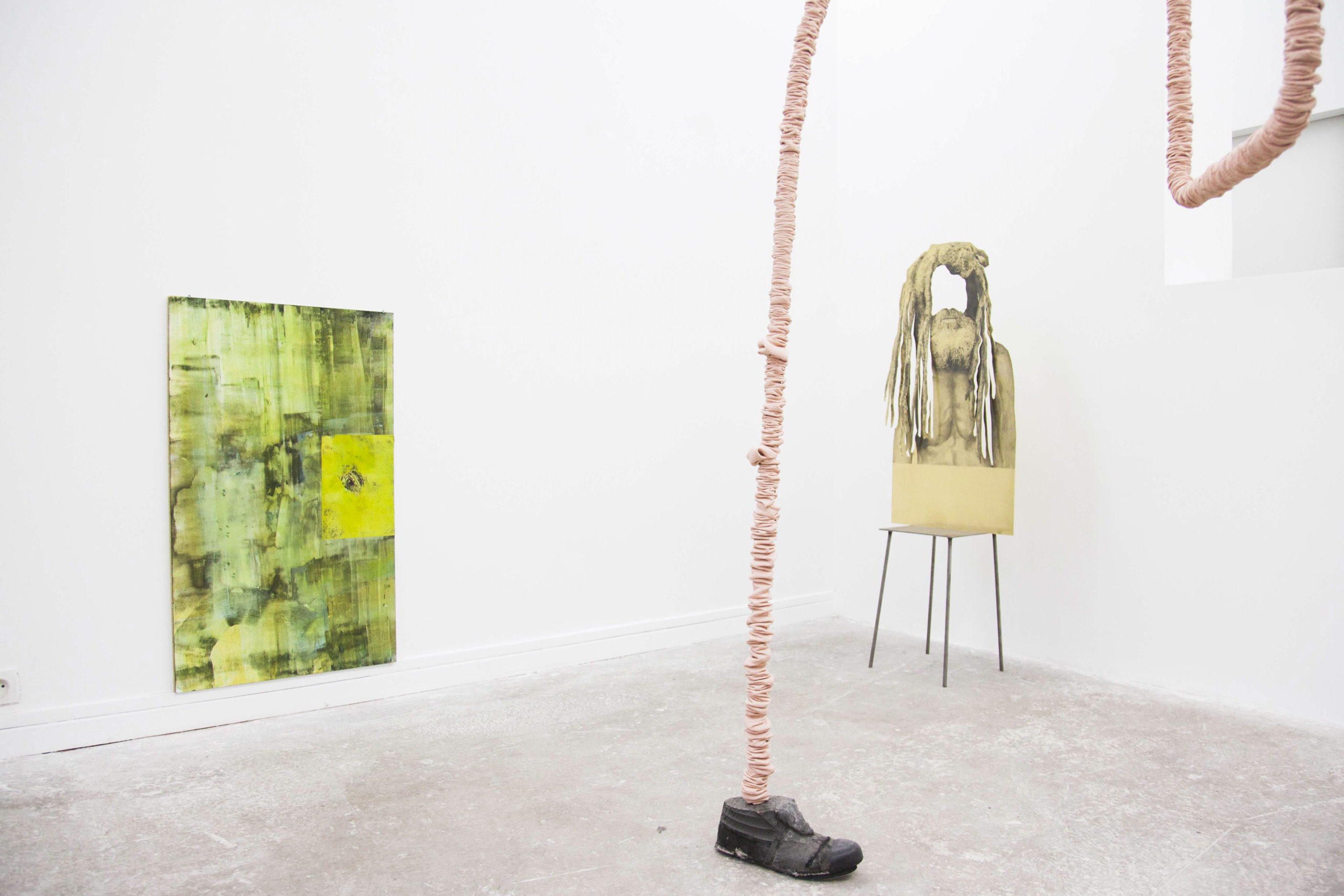 A headless body, a difficult morning after

A fraternal journey
without a centaur…

A headless body and a difficult morning
after with a hangover. Bitter breath permeated
with alcohol. We spat out our bile and fluids
in a mad frenzy. Blackout.
Day is breaking, a beast-like man
from an impossible world. How does the past
represent time so much?

We have often partied together…

An enzyme, imagine the chyme that puts
fragmented memories back together.
A faceless warlike human-horse
with your guts spilling out.
We had a coffee and ate Japanese food.
Through the window there is this implausible dot,
like a vanishing point, elsewhere
between creepers and organs
there is no right angle,
metal sheets and ramparts in the desert.
His corpse lay; incoherent gutted
flesh interlaced with blue.
The man is no longer the human that he claimed to be.
On his hollow cheeks teardrops formed
from the Furious Fifties.
To the left, against logic and counter to the earth’s rotation,
everything was determined in the unlikely Café Le Dragon.
It was already like this a hundred years ago.
Pandora’s box is to still place hope and belief in friendship.
We discussed our different lives
in the suburbs of Paris.

He came by scooter,
He came by bike
He came dragging his suitcase…

Do you understand the significance of our entanglement?
Can you grasp the idea that everything
will take shape within the space at Maëlle Galerie?
The head with snakes divides, tripling,
using a variety of media. We will only know
at the very end, on the day when all that remains
is the spillage from the beer
spinning downward, frothing over.
On that great endless evening we’ll toast this moment
of sharing, parts of ourselves and
our external organs that have made contact.