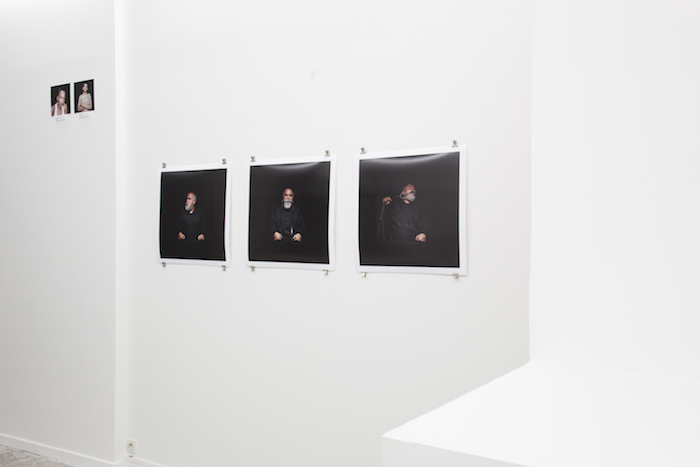 The world is disillusioned. This is not about adopting a romantic and nostalgic position of a lost Golden Age, but to interpret this world through the lens of a history combining dramas, conflicts, wars and that seems to absorb our civilisation in the vortex of the chaos. The fierceness of economic capitalism is such that we are facing a withdrawal of individuals into themselves, neither carried along by a social undertaking nor by an ambitious ideal. “The world no longer spares a thought for the world” to paraphrase the title of the exhibition at Maëlle Galerie. Artists, true watchmen and oracles of modern times, are there to arouse and promote awareness. “Art is not to be enjoyed alone and artists have a role to play in society,” claims Barthélémy Toguo. He is there to communicate “the great cry of people who are suffering” as illustrated again today in this exhibition bringing together five artists with fragmented accounts of where human values are incompatible with a globalisation blithely destroying, regardless of social justice. And yet, this global order much desired by H. G. Wells in his eponymous book, is alluring as expressed by George Bush at Congress on 11th September 1990, promising “a new era, less threatened by terror, stronger in the search for justice and safer in the quest for peace.” The sole purpose of these words is to maintain an illusion and to manipulate a disoriented and depoliticized people, a tactic in which politics excel. With irony and cynicism, Orlando Britto Jinorio condemns such a stranglehold in his series of photographs Being Horse, where he features as a horse with a bit in his mouth; a metaphor for the human condition.

But whose fault is it? Is it the fault of the media forced by dramatic events and constant newsfeeds? Media man, as Fred Forest describes himself, took it on in the 1970s demonstrating new ground for contemporary art. He will present the historic video that was broadcast on 22nd January 1972 on the 2nd French national channel on the programme TM 72: “40 seconds of white on television,” namely a blank screen for 40 seconds during the midday news. Strength is in action. This is also the stance of Iris Della Roca, who worked as a volunteer from 2010 to 2014 at the NGO Sao Martinho to reach out to children who have run into trouble on the streets of the favelas in Rio. She photographs them simply, with humanity and without judgement, several times or once if they encountered prison or death. She notes their name, surname, age and the number of years they have spent on the street. To give an identity back to the forgotten souls involved in historical human tragedies is also Ernest Breleur’s intention with his “Faceless Portraits of a Vietnamese Woman.” “The faceless portraits are of strange women and men, strange because they never merit being looked at. The faceless portraits are also the portraits of those forgotten before any encounter, as if man’s heart was a machine for excluding and destroying, thus avoiding others registering with them at all. The faceless portraits are the «faces» of those who have disappeared from the world, those excluded socially. Are we in a faceless world?” The question remains.