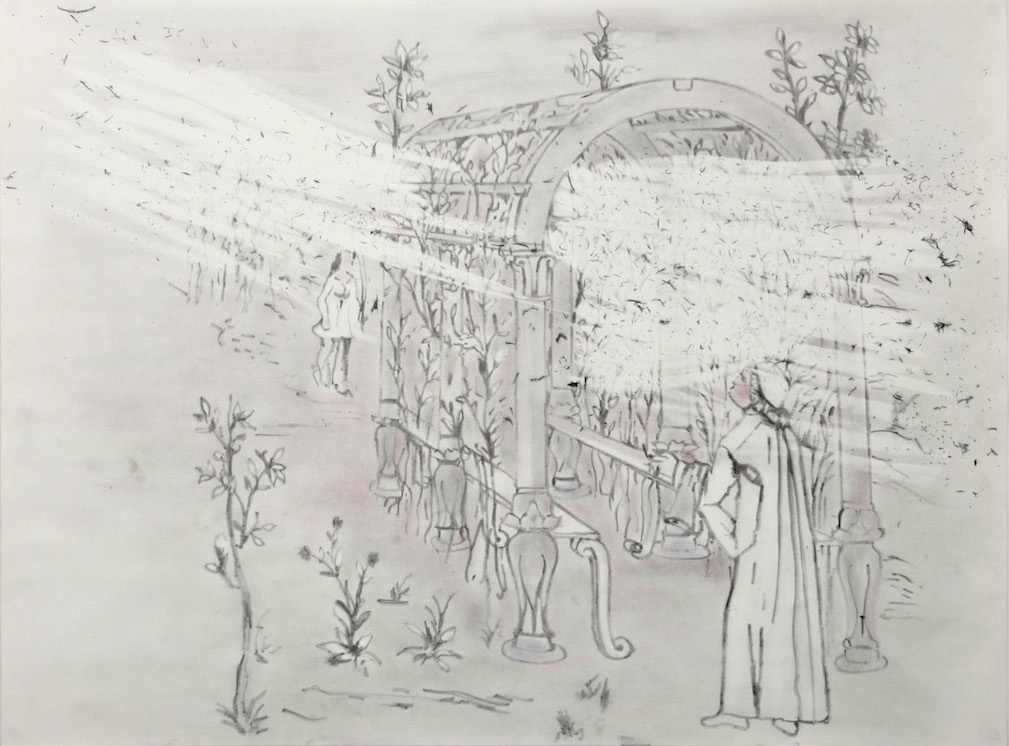 After studying art in Martinique and France, Liseron-Monfils has participated in 94 workshops in Arc / Mam City of Paris. Author of several performance through exhibitions in Europe, Guyana, the United States and the 9th Triennale in New Delhi, he is also the winner of the Villa Medicis Hors les Murs (New York and New Orleans).

The artist, a sensitive surface of inscription, is like an enlightener integrating the unexpected accident, the technical reliability and the fluidic doubt. His or her discovery of the world through the senses is made of a sketchy and discontinuous approach, a kind of “infinite foliation ” as Jean-Christophe Bailly described it in his book “Detached tiles”. The subject is made up of what he saw, observed, read, felt or understood. He then needs to put himself back if not on retirement, so as to consider all that is possible.

For his fourth exhibition, Maelle Gallery presents the work on paper of Audry Liseron-Monfils. Simply erasing. That’s to say surveying the image as one surveys a ground. Survey what is already under the filter of the technical representation (the photography) of an idea stemming from observed reality. In front of the fact of a situation or an image- since it arises from passages, observations and intuition- the aim is to emphasize the constitutive phenomenon of that very image: those tiny united or rather unified particles which give us the illusion of a common thing, of a recognizable thing.

In front of the fact of an image, one’s eye and thought cannot be satisfied with only representation. The decision consists in discovering, in abstracting “the pretended cover”, that is to say to proceed with a gesture of retreat, others would say of erosion, from what the surface retains or holds. Thus altering what soothes the look, what we recognize. Then the main gesture is to erase, simply erase.
So what is to erase an image drawn with black lead on a surface of “reliance”? Deliberately erasing a surface, a support is the same as provoking an erosion, a wear. But what prevails before is the idea of discarding the constitutive particles of an image to favour the advent of another image.
Which enhances the action of erasing as much as the graphic shapes resulting from it. Drawing thus becomes a performative way of approaching what is at stake in a visual information. Being present in front of the image then in it through analysis and possible orientations brought by the image itself. Sometimes, the action made on that image is determined by its symbolic and/or historical significance… Erasing and keeping the gesture is a way of giving importance to the created empty space, “that empty space which links” to paraphrase Edmond Jabes.