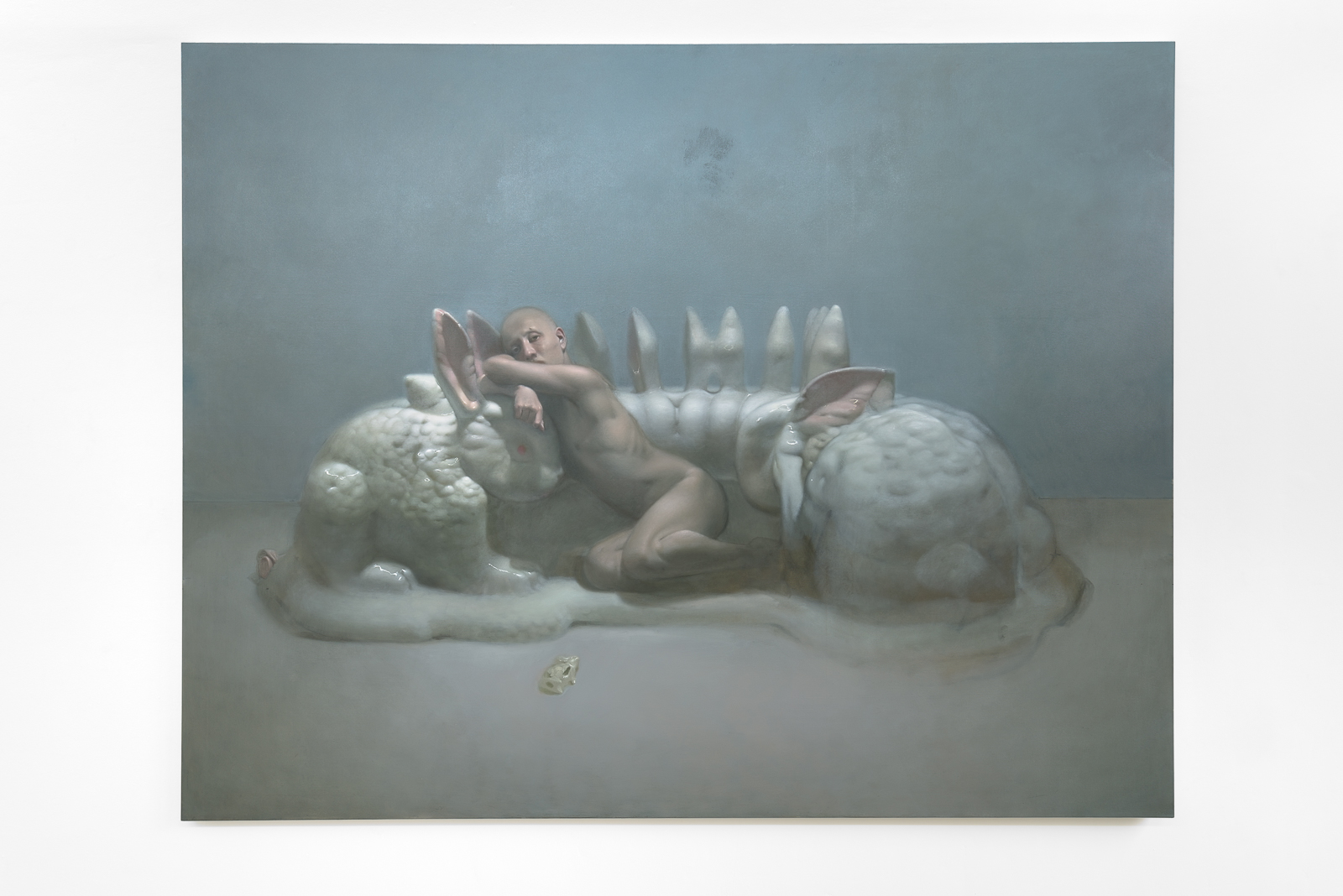 Abel Techer was born in Réunion, where he lives and works today.

Techer trained at the Réunion Ecole Supérieure d’Art, where he obtained his DNSEP national arts diploma with honours in 2015. He also studied at the Alicante Escuela Superior de Arte y Diseño (EASDA) in Spain.

Techer develops a pluri-disciplinary practice – painting, design, sculpture, photography, video, installation – questioning notions of identity: gender, relationships to the self, masculine/feminine stereotypes, and transvestism. Through intimate strokes, his work articulates a constant exploration of the self(s), and of the relation to objects and spaces. His works translate a quest that aspires to surpass his own body. The body becomes an object of experimentation, of possibilities that enable fantasies, the imaginary; at the same time a dreamlike space and a playground.

Through his different works, the artist creates a “personal mythology” in which the notion of play is central. Revolving around appearances, playing, and performances of the self, “false pretences” converge. He introduces different avatars that multiply infinitely and invite us to enter the skin of a another character who is both other and intimately oneself.

For Techer, “Self-portrait is this strange way of becoming another. Painting, photography have this power to tear the subject from his or her image, to fix it, to render it untimely. The subject is in constant evolution, the body transforms.” His work finds its rooting in the works of the American Queer theorist, Judith Butler, to highlight the malleable properties of gender.

His works have been acquired by the Musée Léon Dierx, by the Frac Poitou-Charentes and the Frac Réunion.

11.08.21 Abel Techer is laureate of the call for application MONDES NOUVEAUX from the ministry of culture.